VIVO IPL 2020: tournament to be held from 25 September to 1 November due to this upcoming T20 World Cup may be postponed. When a franchisee...

VIVO IPL 2020: tournament to be held from 25 September to 1 November due to this upcoming T20 World Cup may be postponed. When a franchisee official was contacted in this regard, he said that they are working on further strategies. His eyes are on the dates between late September to November.
The IPL 2020 was to be held from March 29 but has been postponed due to Coronavirus.  According to BCCI officials the tournament to be held from 25 September to 1 November.
There is good news for cricket fans amidst the fear of Coronavirus. The Board of Control for Cricket in India (BCCI) is seriously considering holding the 13th season of the Indian Premier League IPL 2020 between September 25 and November 1. However, this will be possible when the country will be able to reduce the number of coronavirus cases. In addition, the ICC will also have to postpone the upcoming T20 World Cup to be held in October.
Media reports quoted sources as saying that it was too early to say anything. But the BCCI is seriously considering IPL from the last week of September to November.
A BCCI official said, 'It is too early to say anything on this. For this, many things have to be fixed first. Yes, but the BCCI is considering holding a league between September 25 and November 1. Provided that coronavirus cases in the country are reduced. The government should approve. Like I said, a lot of things have to happen. Yes, there have been talks on the dates of the matches. There is talk of a possible strategy.
IPL team management and Officials said that they are working on further strategies. all eyes are on the dates between late September to November. A month's planning will be needed to start the league.
The officer said, 'Yes, we have been told that we should make a strategy by looking at these dates. We are also making our policies keeping these dates in mind. But it ultimately depends on the state of the country. There is no doubt that we are hoping that the government can continue to do such excellent work and we can see a decline in coronavirus cases. '
Another franchisee official said, "Yes, we have been told about this deadline, but there is no definite decision regarding the match venues and the arrangement. We should see these things as the next step in our preparation because foreign players will come. We have to ensure that the rules made by the government regarding coronavirus are followed. I think over time things will get more clear. If we want to play the first match IPL match of 2020 at the end of September, then preparations have to start by around August.

The most important thing among all this is that in this time frame, it is necessary for the IPL to postpone the T20 World Cup. The upcoming T20 World Cup is to be played in Australia from 18 October to 15 November this year. However, some players in Australia's T20 team have said that they do not expect the World Cup to be held on time. 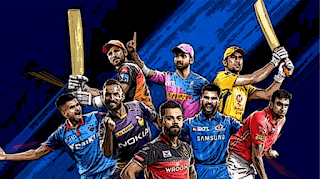