World records of Rohit Sharma that made him HITMAN of cricket

Rohit Sharma is also Popularly known as Hitman for his aggressive batting style, He made his international debut for India in June 2007. Now...

Rohit Sharma is also Popularly known as Hitman for his aggressive batting style, He made his international debut for India in June 2007. Now he is undoubtedly a true modern-day cricket world champion of all formats TEST, ODI or T20 and holds some record which is tough or impossible to achieve we have compiled a list of top ten world records under the name of hitman of cricket.

Rohit Sharma holds the world record for scoring the highest individual score in ODI international cricket. On 13 November 2014, Rohit scored 264 runs against Sri Lanka at the Eden Gardens in Kolkata. In this phenomenal inning, he smashed 33 fours and 9 sixes with the help of 173 balls


2. Most number of century in a World Cup

Rohit Sharma also holds the record for the highest century in an ODI cricket world cup. Rohit had scored 5 centuries in the 2019 World Cup played in England.

He proudly holds the record for most innings of 150 or more runs in ODI cricket. Hitman has done this feat 8 times so far.


4. Most International Sixes in a Year

He also holds the record for hitting the most number sixes in a year, Rohit had scored massive 77 sixes in 2019, including Test, ODI, and T20 cricket international cricket matches.


5. Highest sixes in a test


6. Most Centuries as Opener

Rohit Sharma has scored the highest number of centuries in ODIs as an opener. He scored 10 centuries in 2019, of which only five he scored during the World Cup.

He scored the most number of centuries in T20 International cricket so far he has made 4 centuries. He is followed by New Zealand opening batsman Colin Munro with 3 centuries.

8. Most sixes in T20 International

He also holds the record for most sixes in T20 International cricket. Rohit has so far hit 127 sixes in 108 matches played in this format. which makes him a true modern-day cricketer who can shift gears according to the format and depends on the situation.

Rohit has also scored the fastest 400 sixes in all three formats of Test, ODI and T20. He achieved this in his 354th International match.

his record made him a real batting beast and class apart quality player Rohit has scored the most three double centuries in ODIs. He has scored 209 against Australia and 264 and 208 against Sri Lanka.


Rohit Sharma did not want to become a batsman. in under 16 he began his career as an Off-Spinner. But his coach Dinesh Lad guided and helped him to transform into a batsman. 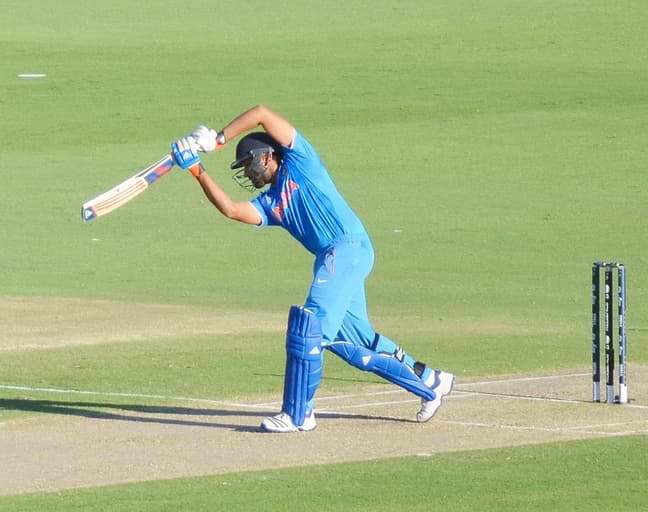