Indian cricket team's fast bowler Umesh Yadav has taken more than 250 international wickets 144 wickets in 46 Tests match and 106 wickets in 75 ODIs match. He has played only 7 T20 Internationals so far. He has 9 wickets in this. Umesh Yadav's career has started late on average. He did not play any BCCI affiliated match at any stage before playing from Nagpur. Not only this, before that he used to bowl only with a tennis ball.

During a conversation with Cricbuzz, Umesh recalled about debut cricket match. He said, 'I took 8 wickets while playing from Nagpur. So the selectors were impressed with my performance got selected the preparation camp. At the age of 20-21, I got a chance to attend camp for Vidarbha for the first time. When I reached the ground, the coach saw my shoes in my feet. I wore sports shoe. He asked where are the cricket spikes shoes. I said this is what I have. On hearing this, he became absolutely furious.

Umesh said I have not forgotten that day of life to date I felt that day to leave cricket. The coach spoke so rudely that if you don't have cricket shoes, don't come to bowl like this. I did not know that there should be spikes for cricket shoes. Looking at me coach told me that if you do not know what the spikes are. you go from here. It was so bad and embarrassing that day I thought I would leave, but my friends explained to me that for fast bowling it's mandatory to have spike and these spikes shoes provide better grip which is helpful in bowling and avoid injury risks Then I thought enough and then prepared myself.

The Struggle Of Indian cricket player Umesh Yadav, Like The Script Of An Interesting Movie.

Recalling his childhood days, Indian pacer Umesh Yadav said that he used to be very aggressive. He did not like studying always used to run away from studies. Used to steal mangoes by entering the mango orchard with his childhood friends he was crazy about cricket. After that, he realized that he was not going to get money from home for cricket and he had to buy a cricket kit for himself, especially bat and spikes. For this, he used to play in three matches on the same day in the fierce sun and scorching heat.

when he got selected in the Ranji trophy the captain of the Vidarbha Ranji team supported him a lot. and rest is history on the basis of fantastic domestic bowling performance he got a chance to play from the Indian cricket team and for the first time, he got noticed for his match-winning performance in IPL for Kolkata nightriders. Struggle story of young bowling sensation South Africa, Lungi Nagidi for more latest gossip feel free to subscribe so that you can get out of the box analysis of upcoming and previous memorable and legendary cricket matches.

With the help of Ishant Sharma, Mohammed Shami and Umesh Yadav from being lions at home and lambs abroad India cricket break this mental barrier to now beating the opponent in their own game with genuine world-class fast bowling and swing bowling attack 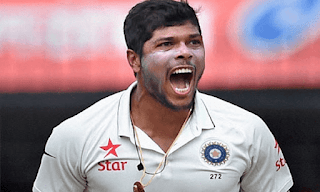