What players will use instead of saliva to shine the ball?

On the one hand, the cases of Covid-19 are increasing around the world, on the other hand, the International Cricket Council (ICC), the gov...

On the one hand, the cases of Covid-19 are increasing around the world, on the other hand, the International Cricket Council (ICC), the governing body of cricket, is going to meet on many issues on Wednesday.

Discussions have been held every year at the Dubai headquarters of the ICC as the entire cricket season is decided in this, but this time ICC members will meet through videoconferencing.

However, the ICC Board meeting was to be held on May 28 but it was postponed till June 10 due to the issue of breach of confidentiality.

According to reports, the issue ended after an independent inquiry was formed on the issue.

Board members had raised the issue that the confidentiality of the internal affairs of the organization had been breached.

What will be used to shine the ball?

Confirming the interim changes, the ICC on Tuesday banned the use of saliva to shine the ball. Apart from this, the player was also allowed to change after showing signs of Kovid-19 in Test matches.
However, the order to change the player will only apply to the three-Test series between the West Indies and England.
Whether or not the bowlers will be able to use artificial material to shine the ball instead of saliva, this will be discussed in the meeting.
Will T20 be a World Cup or not?
The seventh edition of the T20 World Cup is to be held in Australia this year. It is to be held from 18 October to 15 November.
In this, 16 teams will participate and 45 matches will be played. The matches will be held in the cities of Adelaide, Brisbane, Goolong, Hobart, Melbourne, Perth and Sydney.
India has been included in Group B along with England, South Africa and Afghanistan.
The Covid-19 epidemic remains a major problem in organizing this tournament. Concerns have increased about the health of most teams, support staff, match officials, broadcasting units. There are restrictions on travel in many countries as well.
There is also a possibility that the matches will be played in an empty stadium. It will also disrupt the financial structure of the tournament.
There are also speculations that this tournament may be postponed until 2022.
India has the right to organize the 2021 T20 World Cup. To maintain the international schedule, the tournament can be shifted to 2022 so that Australia remains the host.
There is also speculation that the rights of the host between Australia and India should be interchanged.

What will happen to IPL?

If the ICC postpone the T20 World Cup, then there is a possibility that Kovid will make room for the 13th season of the nearly canceled IPL due to the epidemic.
The IPL, which is held in April and May every year, remains in the discussion in the cricket world. The cancellation of this rainy tournament has affected the economy of cricket significantly.
There was also speculation that the IPL could be held in an empty stadium, but that was not possible. However, even if the T20 World Cup is postponed, it will not be possible to have an IPL in India.
The number of Kovid-19 patients is increasing daily in India. An alternative might be to consider the tournament in Sri Lanka or New Zealand, where Kovid-19 patients are not, but are also a threat to the cricket team's players and its supporting staff.
IPL is said to be an important pillar of Indian cricket's economy, which is worth about 4,000 crores.
Image copyright

Who will be the next ICC chairman?

The nomination process of the next ICC chairman can also be announced in this meeting.
Shashank Manohar of India is currently in this position. In the race for this post, Colin Graves of England and Welsh Cricket Board is leading.
However, the name of Sourav Ganguly, the BCCI president and former captain of the Indian team, is also coming out. Ganguly's name has also been endorsed by former South Africa captain and South African Cricket Board director Graeme Smith and former England captain David Gover.
According to the report, Pakistan's Ehsan Mani is also ahead in this race.
The ICC board consists of 17 votes with 12 from Test-playing countries, three associates, one independent member and one current chairman.
World Cup tax issue in India
India will host the T20 World Cup in 2021 and the one-day International World Cup in 2023, but the issue of tax exemption has now become a matter of controversy.
The ICC wants the BCCI to get tax exemption for the tournament but this requires the permission of the central government.
The BCCI is still fighting a legal battle to pay $ 23 million tax for the T20 World Cup in 2016. However, due to the Kovid epidemic, the BCCI has asked for time.
A top BCCI official told the news agency PTI last month that only the Indian government and not the cricket body can give tax exemption by BCCI.
Future of Test Championship and Bilateral Series
The Covid-19 epidemic has affected the ICC Test Championship schedule.
No cricket match has been played for the last three months. All bilateral series are either canceled or postponed.
In addition to these series, the ICC will also consider how to compensate for the economic loss. 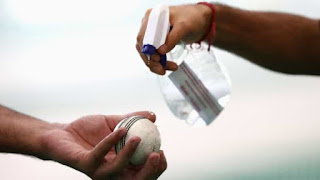